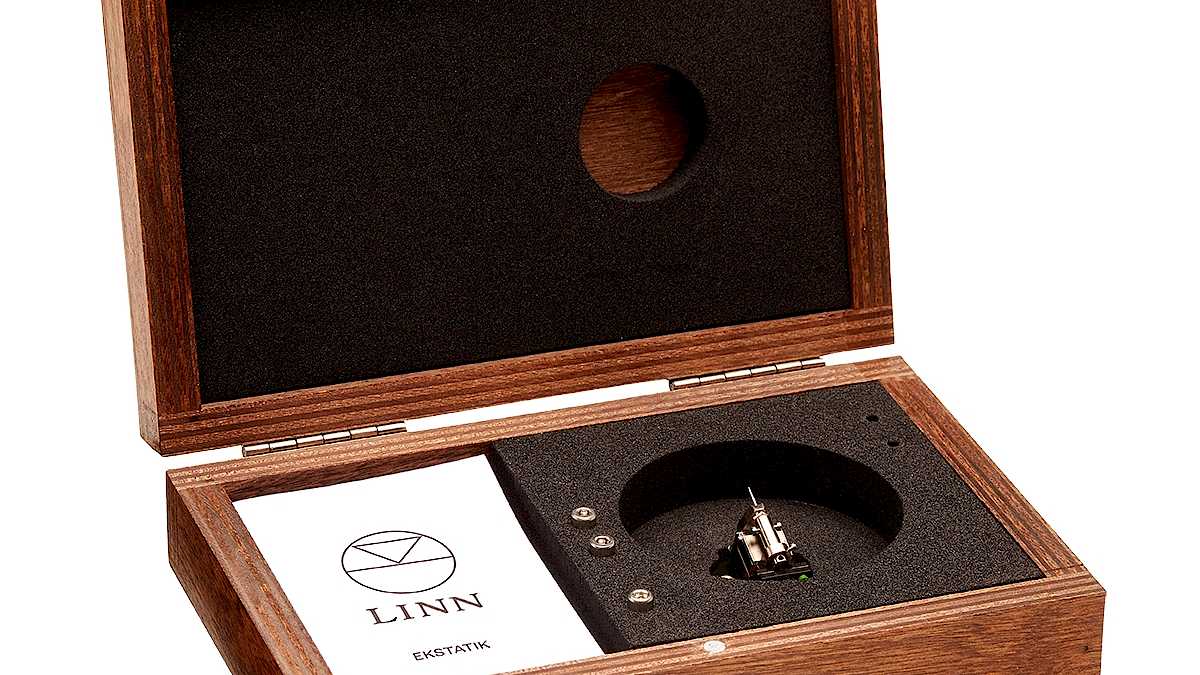 Earlier this year, Linn redefined their flagship digital source, the Klimax DSM, to encapsulate a range of advancements in manufacturing and digital conversion. They have since been developing improvements to their iconic analogue source: the LP12. These improvements are on two specific components: a brand-new cartridge called the Ekstatik and an upgrade to the Radikal power supply.

The new Ekstatik is placed above their Kandid cartridge as their new flagship cartridge, though the Kandid remains in the range. After many years of research and development since the Kandid’s release in 2013, they have introduced aluminium-bronze inserts and a honeycomb cut body to further the already exceptional performance achieved by the Kandid. Furthermore, they have replaced the nude stylus, with a boron cantilever, for a micro-ridge stylus on a sapphire cantilever, maximising the amount of information extracted from the grooves of the record. The Ekstatik costs £5,500, and as always, there is a trade-in available on their current range of moving coil cartridges.

The new Radikal 2 has benefitted from Linn’s development in digital processing by augmenting the motor control with FPGA processing and precision engineering optimising electrical paths between components. This level of consistency and accuracy compliments their new Ekstatik cartridge and indeed any cartridge on an LP12. The new Radikal 2 specification includes a upgraded motor, extending the improvement to within the LP12 itself.