FiiO has been adding to their M series range of portable digital audio players and we now carry the M6, the M9 and the M11 on demonstration. 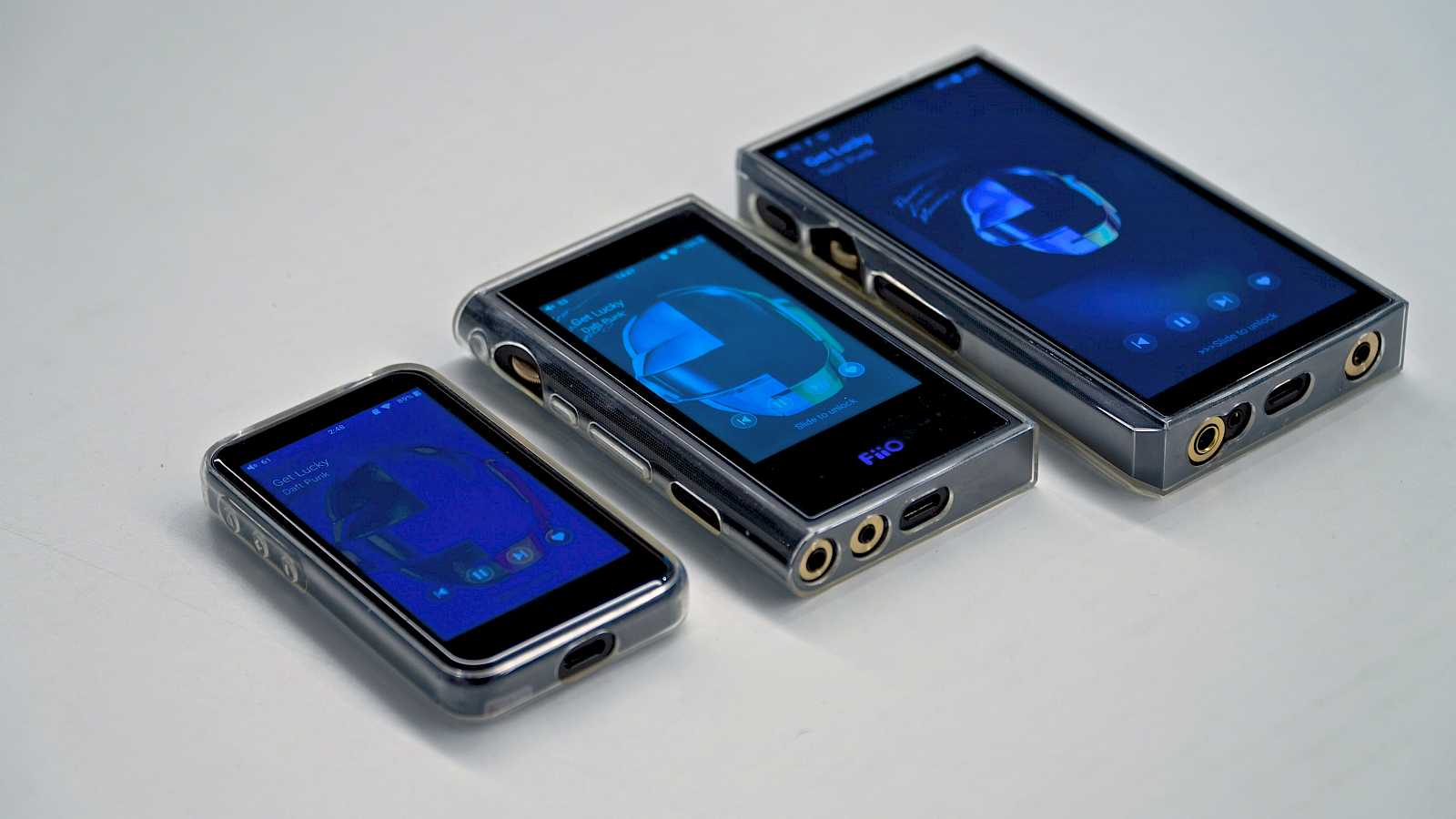 Our favourite model by far is the M11. It is the best sounding FiiO that we have heard to date, and, despite its £449 price, it has all the attributes of a high-end music player. It is quite a beast in every sense of the word. Its dimensions are 130mm x 70.5mm x 15.5mm, features a 130mm bezel-less touchscreen and it uses the Hexa-core Samsung Exynos 7872 SoC processor. It utilises a deeply customized version of Android 7.0 so that it bypasses stock Android to natively play hi-res music. This also allows the M11 to be blazingly fast to operate, much faster than a smartphone. It takes only 15 seconds to boot up and only 1 second to fully shut down. It can continually play music for up to 13 hours and, if it is placed in deep sleep standby (with Wi-Fi and Bluetooth turned off), the charge will last 50 days.

The M11 has two new top-of-the-line AK4493 DACs replacing the AK4490s in the FiiO X5iii. The AK4493s offer lower harmonic distortion, higher signal to noise ratio and greater dynamic range for improved sound performance. The M11 has 3GB of RAM and, although it does not offer Google Play Store, you can download any Android app either from the provided FiiO Market app or from the APKPure app. So Tidal, Qobuz, Spotify, Idagio and Roon are easy to install and work seamlessly. The M11 has only 32GB of internal storage but has two Micro SD card slots which can each currently hold 512GB of music. Micro SD cards will eventually be able to hold 2TB of data.

The M11’s headphone amp is powerful and will comfortably drive most headphones. Connections are via two balanced outputs, 2.5mm and 4.4mm, and a standard single-ended 3.5mm socket. The 3.5mm can be set to SPDIF for connecting to an external DAC. The M11 can both transmit Bluetooth to wireless Bluetooth headphones and Bluetooth-based systems and can also act as a Bluetooth receiver to receive music from your phone or computer. Its USB Type-C connector can be used for charging as well as converting the M11 into an asynchronous USB DAC supporting up to 32 bit/384kHz audio and again can be used to connect to a DAC. That being said, the M11 itself is capable of streaming and playing back up to 32 bit/384 kHz PCM and DSD256.

The M11 has dual-band Wi-Fi offering both 2.4GHz and 5GHz. It also has a unique feature called ‘All to DSD’ whereby all PCM audio, whether music stored on a Micro SD card or from third-party apps, will be converted to the DSD format during the digital-to-analogue conversion process. This works well but does drain the battery much faster. On that subject, it has a 3800 mAh high-voltage battery, which supports quick charge technologies taking around 2.5 hours to fully charge.

To sum up. The FiiO M11 is beautifully made and fast to operate, as well as being the best sounding digital audio player that we have heard. It will be interesting to see what more FiiO can achieve when they eventually release their M15 model.