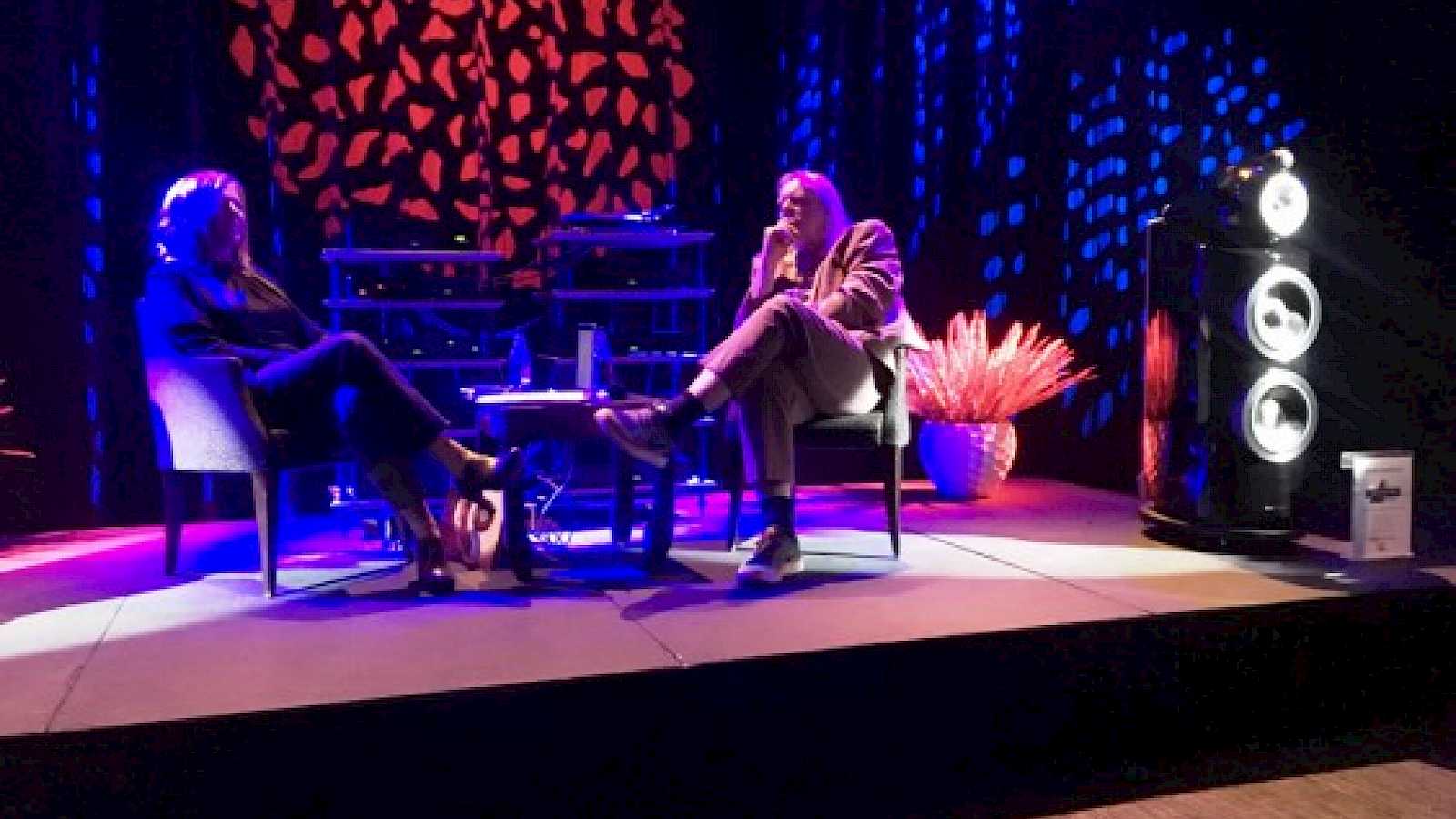 Each of the events was space-themed and was with artists who have been heavily influenced by this in their work and private lives.  Although this was the central theme the evening ran through the career of each artist and their bodies of work.  Colleen ‘Cosmo’ Murphy was the perfect host, being interested herself, and very familiar with each artist.

The first of these was Tom Middleton from Global Communication and highlighted his ‘Music for Exoplanets’.   He has been following with great interest the search for planets outside our own solar system that may be possible to hold human life.  He is even working with some of the main people involved in this who are spread around the world, to provide music to accompany and present the ideas that they have.

The second artist was the incomparable Rick Wakeman, whose huge catalogue of work has spanned many decades and has worked with some of the most influential artists in the world, such as David Bowie as well as being part of bands such as Yes and his own solo career.  He has always had a huge interest in space and one of his albums was actually sent into space by Nasa!  He also had many anecdotes including one about having played on the original Bowie track ‘Space Oddity’ and more recently recorded a cover with Chris Hadfield,the astronaut who spent some time on the International Space Station.

The final event was held with the duo of Alex Paterson and Youth from The Orb, who took the audience through their discography and influences over the years.  They have both had side projects outside Orb but both have been heavily influenced by Space and their own thoughts and interpretations of it throughout their careers.  Orb also allowed the playing of several tracks from their brand new album, ‘No Sounds Are Out of Bounds’.

We supplied a very high-end system with assistance from Bowers & Wilkins, Chord Cables and Naim who supplied some equipment directly to us. The end system comprised of a Naim CD555, Rega RP10, Naim NAC552, 2 x Naim NAP500s and Bowers and Wilkins 800 D3 speakers.  Speaker cables were the Signature range from Chord and we also used 2 x Quadraspire SVT racks to house all of the equipment.  Needless to say that the sound was simply fantastic!  All of the artists loved the sound and we had many compliments from members of the audience on the night.

Videos of two of the evenings can be found on the Grahams Facebook page and we look forward to doing more events in the future!